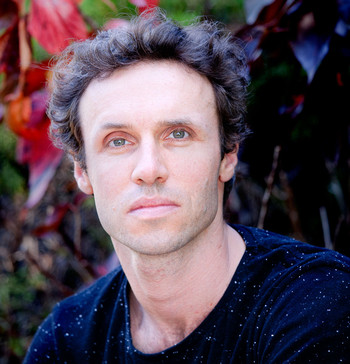 Born in Saint Petersburg, Russia, Sergey trained at the Vaganova Ballet Academy before dancing with Eifman Contemporary Ballet Theatre, Kirov Ballet and Konstantin Tachkin Saint Petersburg Ballet Theatre. Sergey joined West Australian Ballet as full time member in 2004 after performing a guest role in 2003 and was promoted to Leading Artist in April 2009.  Sergey’s favourite roles include Petruchio in John Cranko’s The Taming of the Shrew, Romeo in Youri Vamos’ Romeo and Juliet and Albrecht in Giselle. Sergey has received a Diploma from the Perm International Competition. In both 2009 and 2010 he won Outstanding Performance by a Male Dancer at the WA Dance Awards, firstly for his role as Albrecht in WAB’s Giselle, followed by his performance as Romeo in Romeo and Juliet, choreographed by Yuri Vamos.